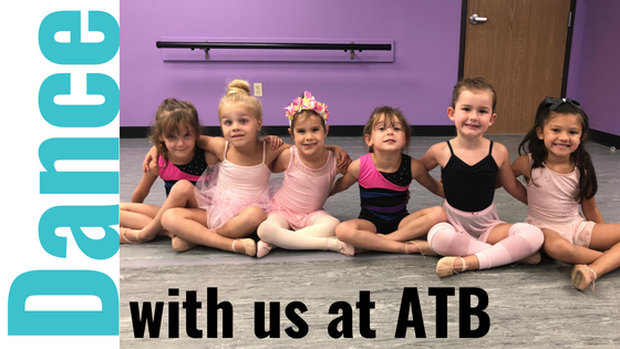 A Little About Our Faculty

﻿Chelsie Klein, Owner & Artistic Director﻿
I began dancing at age 4 in Hays, Kansas at Jackie Creamer’s, The Dance Studio.  I was a member of the Vision Dance Team through high school and competed locally, regionally and nationally.  During high school, I also studied in New York at the Broadway Dance Center,  Steps on Broadway and in LA, at The Edge & The Performing Arts Center during my summers, as well as, attending dance workshops and conventions many, many weekends. While in New York, choreographer, Michele Assaf took me under her wing and became my mentor and flew me to New York to be in her instructional dance videos.  I graduated from the University of Missouri Conservatory of Dance & Music (UMKC) earning a Bachelors degree in Modern & Ballet. Two opportunities that stand out for me were being a principal in George Ballanchine’s Serenade Ballet and Joseph Mazilier’s, Peqida. While in college in Kansas City, I was afforded many, many opportunities to perform including with the Kansas City Ballet.

After college, I spent my first summer dancing with Choreographer Michele Assaf in Italy and served as her assistant at the World Dance Movement in Tropea, Italy.  Upon returning from Italy, I moved to New York City and was represented by Clear Talent Agency.    I have studied with: Desmond Richardson, Mandy Moore, David Howard, Finus Young, Mia Michaels, Ray Leaper, Adam Parson, Wes Veldink, Frank Hatchett, Rhonda Miller, Chris Jacobson, Sonya T, Mark Meismer, Dee Caspery, Tina Caspery, Suzi Taylor and many more.  During college and currently I am a member of Seamless Dance Theater.

I have a passion for teaching and much to share with the dance world.  So, in Janruary 2012, Above the Barre Dance Academy opened its doors.  I hope you will consider experiencing the difference and become a part of the ATB family.

Jennifer Jarman, Faculty & Assistant Director
I began dancing at the age of 6 in Oak Grove, MO. I competed locally and nationally at Starz Studio Performing Arts Center until I was 14, then moved to Olathe, KS and continued competing at Starstruck Performing Arts Center during high school.  Growing up dancing in Kansas City, I have enjoyed the opportunities to perform at Starlight Theater, Worlds of Fun, as well as during half time at numerous Chiefs games. I spent all of my summers in high school taking class at Edge Performing Arts Center in LA, Steps on Broadway and Broadway Dance Center in New York. My senior year I was awarded the "Dance with the Force" scholarship at Edge where I studied with artists such as Dee Caspary, Mandy Moore, JT Horenstein, Terri Best, Doug Caldwell, Justin Giles, Mark Meismer, Adam Parsons, Ray Leeper, and Mia Michaels.

I graduated from the University of Missouri Kansas City with a Bachelor in Fine Arts majoring in Modern and Ballet. I was given the opportunity to perform as a lead in Artistic Director of Alvin Ailey Dance Theater, Robert Battle's, "The Hunt".  During college I performed locally with Seamless Dance Theater and also expanded my education, traveling to Chicago as much as possible. I took many classes and intensives with dancers from River North, Hubbard Street, and Deeply Rooted.

I have been teaching at recreational and competitive levels for years and am so excited to have a home with Above the Barre Dance Academy.

Gena Case, Crew Director, Faculty, Tap
I began dancing at the age of eleven and started teaching dance at the age of fifteen here locally.   It has been a privilege to work with all ages of dancers in the areas of ballet, jazz, lyrical and tap.  With over 20 years of experience, I have taught a variety of recreational dance classes as well as trained and choreographed for competitive dancers and teams in the area that is closest to my heart…TAP!

I have a Bachelor of Science in elementary education. When I am not teaching dance classes, I am busy being a wife and mom of two.

I feel blessed to be able to combine my love of teaching with my love of dance!  I look forward to the journey that lies ahead, and I am very excited to call Above the Barre my studio home!

Jennifer Shields, Faculty, Hip Hop
I have been dancing for 25 years. I danced on a hip hop dance crew at the University of Kansas for 2 years. I then moved out to New York City to train and intern at Broadway Dance Center under many prestigious dance instructors & choreographers. After that I moved back to KS to finish my bachelors degree in Education which led me to teaching 3rd grade in Kansas City. I coached dance at Olathe South HS for 4 years. I am a guest choreographer for Five Star Dance, Fluid Dance & Going Pro Dance/Cheer Conventions. I danced professionally & choreographed for the Kansas City Brigade for 2 years. I have choreographed the Opening Day Ceremonies for the Kansas City Royals in 2009 & 2010. I have been the owner/director of JK Choreography for the past five years. This has allowed me to travel around the Midwest area to different dance studios, middle schools, high schools and universities to teach master classes and contest routines. I have a love for dance and share this passion with my husband & daughter and son!

Danielle Palamino, Faculty
I fell in love with dance when I was a junior in high school and have been training ever since. I spent my first two years at Above the Barre Dance Academy and am continuing my training as a sophomore at the University of Missouri- Kansas City Conservatory of Dance and Music where I am studying ballet and modern. I have had many opportunities to perform in the community and take master classes both through Above the Barre and now at UMKC with well known choreographers of all demographics and style. I have traveled across the country with both organizations to preform and take class and expand my knowledge.  I am passionate not just about teaching, but learning as well. I take class all week long and get the privilege to pass on the things I learn to my students, while taking my own approach on teaching. Dancing has shaped the person I am and I am fortunate to be able to share that impact and bring joy to others through this art and teach eager students.

Alexandra Wilson, Faculty, Ballet
Mrs. Wilson’s formal training began in Leawood, Kansas at DanceWorks Conservatory, under the direction of Sharon Romine, Nicole Romine, and Loren Whittaker. Alexandra received her Bachelor of Fine Arts in Ballet and Modern from the Conservatory of Music and Dance at the University of Missouri­-Kansas City, where she was a scholarship student all four years. Prior to becoming a company member for Störling Dance Theater, Alexandra was a Guest Artist for Second Wind Dance Company in Virginia and also had the privilege of working with Jelon Vieira of Dance Brazil. Mrs. Wilson has performed works by George Balanchine, Paul Taylor, Paula Weber, DeeAnna Hiett, Jennifer Medina, Rodni Williams, Sabrina Madison­-Cannon and Loren Whittaker. Mrs. Wilson has toured Europe twice with Young Tanzsommer, and had her choreography performed there as well. Alexandra’s choreography has been performed by many studios and has won National awards. She has appeared as a dancer in movies, "Trust Fund " and "Three Blind Saints". Alexandra has taught all over Kansas City, including The Culture House, Wynn Twins, Kansas School of Classical Ballet, Dramatic Truth, Glenda Brown Choreography Project, and Storling Dance Theater Intensive. She was named Miss Kansas Drill Team 2002, and was the technique teacher for Blue Springs Color Guard. Alexandra has taught Summer school dance programs for the Blue Springs District, and drill team camps for Blue Valley and Shawnee Mission Districts. She teaches Horton Modern and Jazz for Storling Dance Theater’s Artist Development Program. She is the Advanced Jazz Instructor and leader/mentor for Infinity (Junior company) for The Culture House.
Alexandra has been a company member of Störling Dance Theater since 2006. Some memorable roles with Störling Dance Theater include: Hannah,the Quaker, Mrs. Walker, and Elise Walker(Underground), Gabrielle, Arcangle (Child of Hope) Roxy (Prodigal Daughter) First Wife (Suspended Grace) Kamikaze Mama, Mother and lead City soloist/pas de deux (Butterfly) and soloist in Storling Dance Theater’s collaboration with Spire Ensemble.
Alexandra is the proud wife to Jereme Wilson, and mother to her three children, Alaina, Victoria and Julian. Many thanks to her family for their love and support. She is extremely thankful to God for the opportunity to share her God­given talents and passion for dance with audiences and her students on a daily basis.

Lindsay Cardwell, Faculty, Ballet
I do not remembr a time when dance was not a part of my life. Having trained for 7 years with the Kansas City ballet, and 9 with competitive studio Pricilla and Dana’s, dance has always been an intricate part my understanding of life.  After studying abroad for 18 months, completing my degree in anthropology and linguistics, and achieving certificates in Montessori education, I returned to teaching dance as a way to encompass creativity, culture, and science.  Proud mother, wife, teacher, (and sister of former ballet master Kelly,) and author of children’s book “Ballerinous Rex”, I look eagerly forward to each opportunity in which dance presents itself.


Kyle Kurtz , Faculty, Acro
Kyle Kurtz joins the staff teaching all levels of acro. He is a tumbling and cheer coach at KGDC in Olathe while also spending some weekends as a wedding DJ for Platinum KC. Kyle cheered at Northwest MO State where he placed 3rd at UCA Nationals in FL. In his spare time, he does competitive physique shows and sings with Central Standard, a world-ranked men’s acapella chorus in KC. Kyle’s favorite foods are steak, sushi, and donuts.